Just a quick note regarding your services and how instrumental your team has been in the global expansion of Fuddruckers in Latin and South America as well as the European Market. The professionalism, country knowledge and due-diligence has been a refreshing experience as well as a rewarding one. Hats off to Team EGS. Looking forward to the continued relationship and growth of Fuddruckers Globally.

EGS Offers a Complete ‘Going International’ Process. A Real Start To Finish Capability. I am very impressed with where you have taken EGS and look forward to what the next year brings us internationally.

Your India market entry report was timely, responsive and thorough. Your understanding of the local market and how it relates to our strategy is very much appreciated. Many thanks.

Great job. Really great job!! Your help, guidance and negotiating skill really paid off. I appreciate working with you as we take our company international. It is going to be an interesting couple of years, but we couldn’t have found a more dedicated “consultant” to help us succeed.

Edwards Global Services, Inc. has demonstrated a sustained commitment to export expansion. It is impressive that your company has assisted over 40 U.S. companies of all sizes, both private and public, to export into over 30 countries. Edwards Global Services, Inc.’s achievements have undoubtedly contributed to national export efforts that support the U.S. economy and create U.S. jobs.

EGS was invaluable in sourcing, qualifying and closing the transaction with our new Licensee in China. EGS’ extensive experience both living and working in China helped us to evaluate and separate the Old China way of doing business from the new, vibrant China. The opportunity for us would not have been as big as it is without EGS.

I just read about your E award in Franchise Times. You are the class of the field and the best ambassadors of American franchising that I know. Congratulations on this well deserved recognition.

EGS has helped us with both our direct response and franchise business model. We have benefited from their expertise in market research, market prioritization, general international/development advice, global commercial connections and ability to secure commercial agreements in countries around the world.

I just got back in the office today and opened the detailed due diligence reports EGS did on the four Chinese companies. Thank you very much. There is much more detail than I expected (great stuff) and the reports support the direction we were moving in at this time. Thanks for your assistance on this.

One reason we work with EGS is because they are the only international franchise consultants with proven, trademarked going global processes. 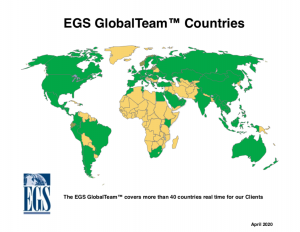 These are highly experienced, successful people that EGS has developed a close working relationship with and whom EGS trusts to help and represent our Clients.

EGS also has a special relationship with the U.S. Commercial Service around the world that allows our Clients access to cost-effective, shared marketing services.

Our U.S.-based Principals have over 140 years of experience in over 68 countries, across many business sectors and cultures, as operating executives. 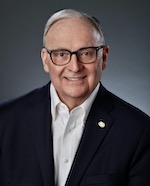 As a Senior Executive with 46 years of international operations, development, executive & entrepreneurial experience, Edwards has lived in China, the Czech Republic, Hong Kong, Indonesia, Iran, Turkey, and the USA. He has worked on projects in 68 countries. He has been a master franchisee of a US brand in 5 countries, a franchisor executive & an international consultant to more than 40 U.S. companies. “To his many Clients who are going global, Bill ‘oversees overseas’ ”, Franchise Times. EGS, founded in 2001, has assisted more than 30 US franchisors in the educational, retail, restaurant, and service sectors in their international development in Asia, Africa, Europe, Latin America, North America, and the Middle East. EGS has twice received the U.S. Presidential Award for Export Excellence. Previously, Mr.  Edwards had a 20-year oil and gas exploration sector career in Alaska, China, Indonesia, and Turkey. 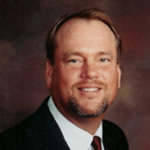 It is with great sadness and grief that we share the news of the sudden passing of William “Bill” Gabbard. He passed away peacefully in his sleep on Wednesday, November 2nd.
Bill considered everyone he met a friend. His warm and engaging personality made those he interacted with feel important regardless of who they were. Bill was always willing to support those friends both in his professional and personal life. There is an emptiness in our hearts as we mourn his passing.
Bill was a member of the franchise community for more than 35 years. He was the founder of ProFusion Systems, where he grew a successful small business into a global company with 240+ franchisees in 38 countries. He joined Edwards Global Services in 2007 and served as its President since 2018.
Bill’s impact on the franchise community was immeasurable, but he was most proud of his wife Sandy, his daughter Aubree, and his son Doug. He was a tremendous leader, innovator, and entrepreneur as well as a loving husband and dedicated father. He will be sorely missed by all.
Read William Gabbard Obituary. 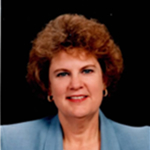 Michelle McClurg has more than 40 years of corporate and project management experience with several Fortune 100 companies.  She managed center operations, a new initiative and process improvement for the customer care centers nationally. Michelle was engaged to resolve a breach of contract and direct the global projects in more than 31 countries exceeding contractual performance metrics.  She supported both an existing and startup franchise system before joining EGS.  Currently, Michelle is responsible for the daily administrative and operational functions of the company.

Specialty: Operations and Logistics
a
Read more about Michelle McClurg.

Robert Jones facilitated the expansion of U.S. companies into global markets for almost 22 years as a Commercial Officer with the U.S. Senior Foreign Service, living and working throughout the Americas and in Europe.  He joined EGS in 2016 and is the company’s Chief International Officer  In the role he is assisting our brands by generating leads and the company’s in-country Associates covering 43 countries using his knowledge and connections worldwide. 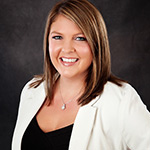 Shanna joined EGS in 2014 after working in the corporate world for 15 years. She started as the Director of International Events and Development and quickly moved into a Client Director role where she works with the EGS clients directly managing their marketing and lead stream.

James Liu has 15+ years of experience in the franchising sector and is the Co-Founder and Managing Director of FranChina Holdings LLC.  James works for EGS as our in-country Managing Director to bring US brands into China through Franchising. In addition to his work with EGS, James is also one of the best Franchise Lawyers in China.